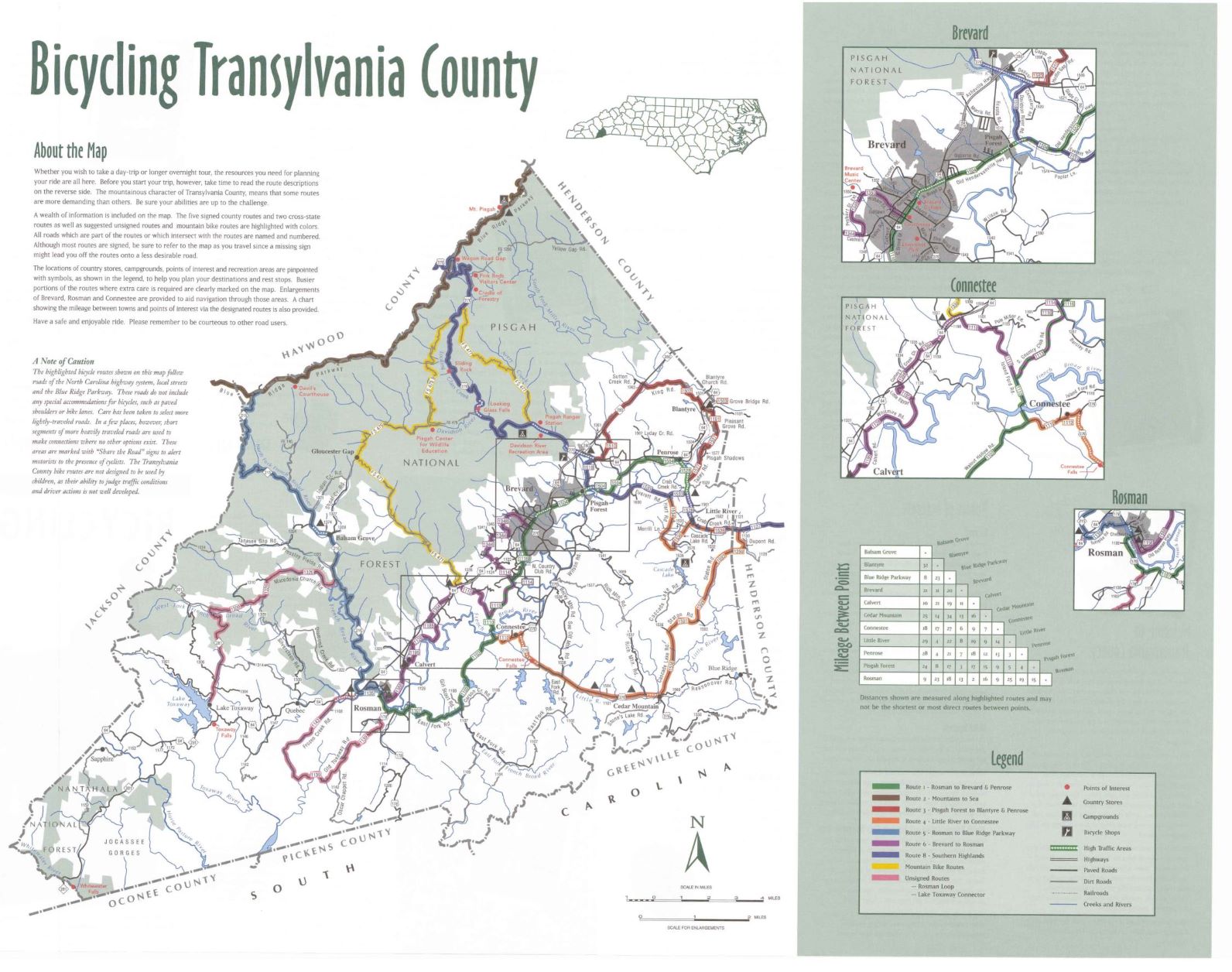 Meetings of Stakeholder's and the public will help the plan represent varying views on bicycle infrastructure in Transylvania County. The public meetings are designed for the public to provide feedback on the types of bicycle infrastructure (such as, paved shoulders, bike lanes, pull-offs, multi-use paths etc.) that people want to see and where they would like to see these treatments.

Potential benefits of completing and implementing a comprehensive bicycle plan in Transylvania County:

While there are designated on-road bicycle routes and mountain bike trails in Transylvania County, there is a shortage of bike paths for those who would like to ride but don’t feel safe on the road or on a rocky path. Potential locations for more paved paths to connect neighborhoods and outlying communities with the existing path in Brevard would be one of the great benefits of a local bicycle plan.