Plans, prepares, responds and mitigates for disasters and emergencies.

The professionals who take Transylvania County’s 911 calls have a new life saving tool at their disposal, thanks to a recently installed call handling system. The new system became operational on January 17th after more than two dozen county telecommunicators and administrators underwent a year of training and certification.

“We are proud to offer this new capability to the citizens of Transylvania County,” said county manager Jaime Laughter. “We truly believe it will give our incredibly dedicated telecommunicators the tools they need to make a life-saving difference when time is of the essence.”

The new system serves as an enhancement to the county’s existing Computer Aided Dispatch (CAD) and, according to communications director Kevin Shook, provides several critical improvements.

“The new system and the training we’ve all undergone allows us to provide Emergency Medical Dispatch (EMD), for the first time,” said Shook. “This means our telecommunicators, who are all now EMD certified, can provide basic life support instructions over the phone. For example, if a parent who has an unresponsive child calls, we can provide lifesaving instructions immediately, even before emergency responders arrive. In short, we’ve empowered our telecommunicators to become a critical extension of our emergency response."

The system will also be used for law enforcement and fire/rescue calls, allowing for seamless, standardized communication between telecommunicators and all disciplines of emergency responders (Fire, Law and Medical). As a result, all responders will arrive on scene more prepared and with a clear, consistent picture of the emergency ahead of time.

PowerPhone, a leading provider of emergency communications technology, installed the system, which included consulting and training.

“The National Fire Protection Association (NFPA) has established standards for emergency services communications,” said Shook. “Our new PowerPhone system qualifies us for NFPA 1221, which is the standard for how 911 centers should operate nationwide.”

There are currently three EMD system providers that are approved in North Carolina. PowerPhone, one of three, was chosen by Transylvania County based on cost, software ease of use by staff, and the system’s common sense workflow.

“After having worked and trained with PowerPhone over the last year, I’m confident we’ve chosen the system that will provide the best benefit to our taxpayers,” said Shook. “If we can assist in saving one life, this system was worth every dollar." 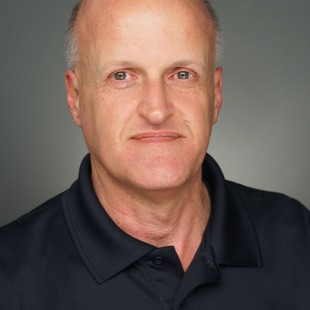