Office of the Sheriff

Article VII, Section 2 of the North Carolina Constitution states: "In each county a Sheriff shall be elected by the qualified voters thereof at the same time and places as the members of the General Assembly are elected and shall hold his office for a period of four years, subject to removal for cause as provided by law." The office of the Sheriff is an ancient one that has evolved over the years. The Office of the Sheriff exists in every state of the United States except Alaska and the Sheriff is elected by the voters in every state except Rhode Island, where the Sheriff is appointed by the Governor. In Hawaii, the Sheriff serves the entire state. Today, the North Carolina Sheriff provides general law enforcement and investigative services, maintains the county jail, serves and executes papers from the state courts, maintains the sex offender registry within the county, issues permits to purchase handguns, and issues permits to carry concealed handguns.

As a law enforcement officer, my fundamental duty is to serve mankind; to safeguard lives and property; to protect innocent against deception, the weak against oppression or intimidation, and the peaceful against violence or disorder; and to respect the constitutional rights of all men to liberty, equality and justice.

I WILL keep my private life unsullied as an example to all; maintain courageous calm in the face of danger, scorn, or ridicule; develop self-restraint; and be constantly mindful of the welfare of others.  Honest in thought and deed in both my personal and official life, I will be exemplary in obeying the laws of the land and the regulations of my department.  Whatever I see or hear of a confidential nature or that is confided to me in my official capacity will be kept ever secret unless revelation is necessary in the performance of my duty.

I WILL never act officiously or permit personal feelings, prejudices, animosities or friendships to influence my decisions.  With no compromise for crime and with relentless prosecution of criminals, I will enforce the law courteously and appropriately without fear or favor, malice or ill will, never employing unnecessary force or violence and never accepting gratuities.

I RECOGNIZE the badge of my office as a symbol of public faith, and I accept it as a public trust to be held so long as I am true to the ethics of the police service.  I will constantly strive to achieve these objectives and ideals, dedicating my self before God to my chosen profession...Law Enforcement. 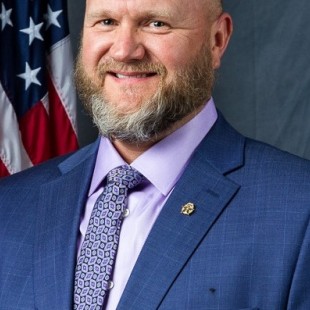