BREVARD, NC – Scott Justus, Deputy Fire Marshal for Transylvania County has been selected as the next Fire Marshal.

Justus, a native of Henderson County, attended East Henderson High School. He continued his education and pursued his interest in fire and rescue through studies with the NC Office of State Fire Marshal, Alabama Fire College, and Blue Ridge Community College, and received his bachelor's degree in Emergency Management at Waldorf University in Forest City, Iowa.

David McNeill, Assistant County Manager said, "We are extremely excited to announce the hiring of Scott Justus for the role of Fire Marshal. Scott has been a great asset to the Fire Marshal's Office in his current role as Deputy Fire Marshal and we are confident he has the right combination of fire services and experience to lead the Fire Marshal's office to future success."

When asked about this new role, Justus said, "I would like to express my appreciation to my predecessor, Fire Marshal Gerald Grose for the past 6 years serving as the Deputy Fire Marshal. The professional and personal friendship will last a lifetime. I would also like to express many thanks for the friendships and working relationships built with the County Commissioners, employees, fire and rescue personnel, business owners, and citizens of the county. It has been a great experience. I look forward to continuing the level of service and relationships serving as the Fire Marshal for Transylvania County."

Scott will begin his role on October 1st and replace retiring Fire Marshal Gerald Grose who has served in that role since December of 1992. 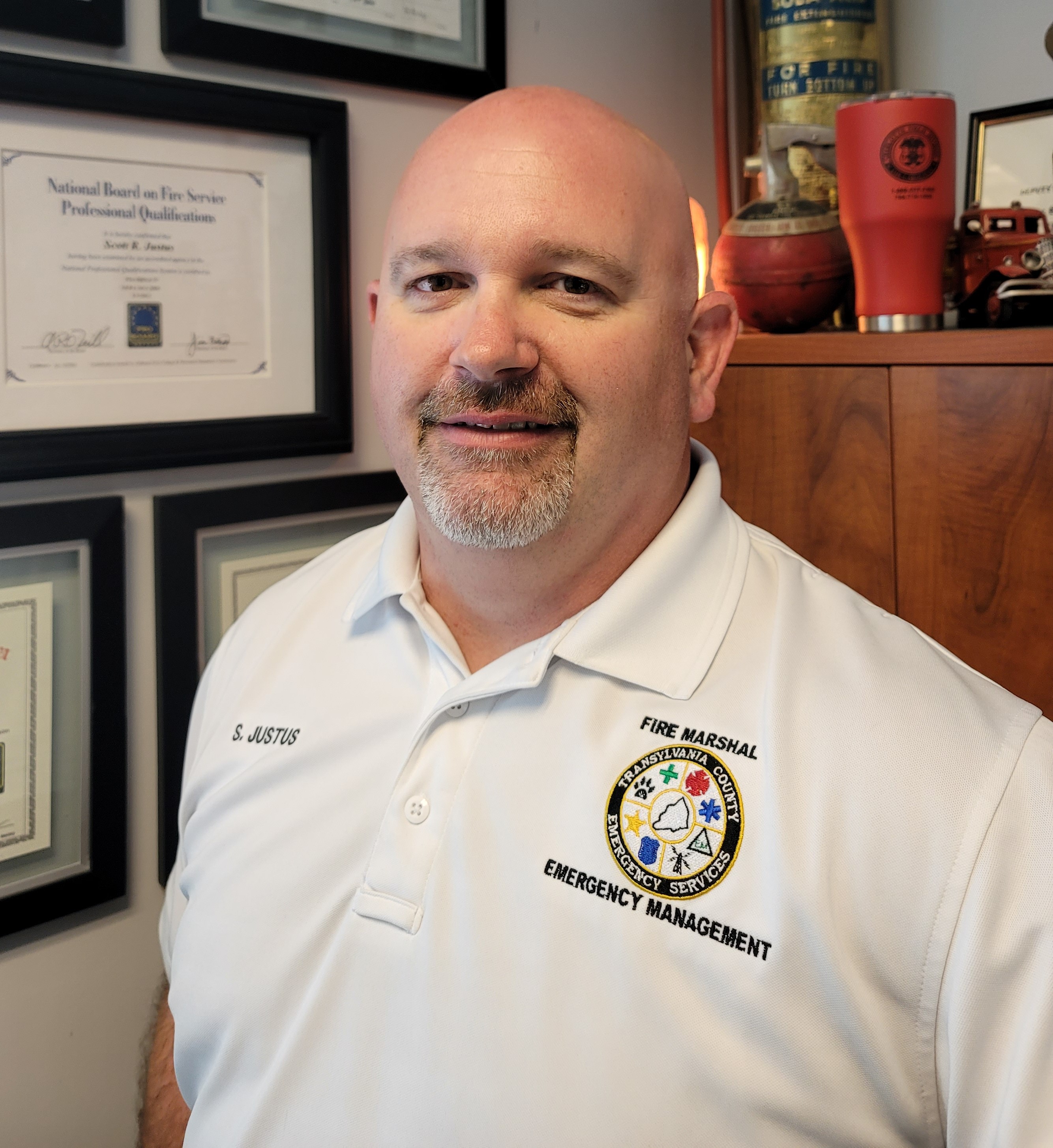 On National Pearl Harbor Remembrance Day, we honor the memories of the 2,403 service members and civilians whose lives were cut short on that tragic December morning. We… Read More

The Asheville Regional Housing Consortium is seeking proposals from consultant(s) to research, evaluate, facilitate, and prepare a HOME-ARP Allocation Plan which… Read More

Posted by Transylvania County on November 14, 2022